Today, Joe Sanok speaks about raccoons in the ceiling and guy from South Korea.

Brighter Vision is a turnkey website solution designed to help health professionals attract more clients and thrive on the web. We offer health professionals the entire package. Amazing website templates crafted by design professionals, lifetime support, Search Engine Optimization and more! Unlike other companies, we don’t just give you a template and send you on your merry way. When you become part of the Brighter Vision family, we custom build you a website on one of our frameworks, adding your unique colors, fonts, textures and images to make it 100% unique to your practice.

There are habits we instill around money and hardwork that are very important. It’s really important to look at your personal finances when you’re putting in the work. How do you find the balance between the raccoon in your ceiling and the abundance mindset? 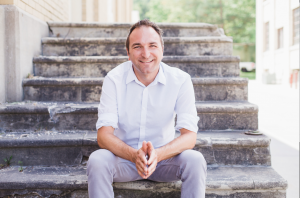 Pop 191 | Raccoons In The Ceiling And Guy From South Korea

Does your private practice need a system reboot to clean up loose ends and run more smoothly? What red flags do you need to…