Today, Joe Sanok speaks about talking in front of people and provides tips and advice around this.

Brighter Vision is a turnkey website solution designed to help health professionals attract more clients and thrive on the web. We offer health professionals the entire package. Amazing website templates crafted by design professionals, lifetime support, Search Engine Optimization and more! Unlike other companies, we don’t just give you a template and send you on your merry way. When you become part of the Brighter Vision family, we custom build you a website on one of our frameworks, adding your unique colors, fonts, textures and images to make it 100% unique to your practice.

Our brains have evolved to crave innovation. What would happen if we fostered immense creativity in our kids?

Head on over to https://practiceofthepractice.com/mastermind to join one of my Mastermind Groups.

CLICK HERE to sign up for Slow Down School. If you’re not sure if it’s for you, CLICK HERE to schedule a 15 minute talk with Joe. 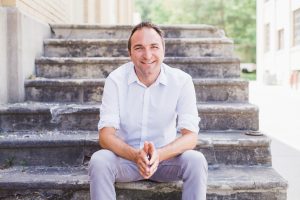 How do you grieve the things that you used to be able to do? How does a life-altering injury impact a marriage? What does…